﻿Food+DrinksConcertsFootballContactAbout us
live Lokal...
news...
ON THE MENU
Lunch served from September 20th to September 24th
R.E.S.P.E.C.T.
Our own house publication, providing an interesting look into what's what on our island and beyond...
Lokal LOV.
A special column giving a high-five to worthwhile articles and opinions all through the year...
Sihl water level
deceptively sweet

geoffberner.com
facebook
Monday, 10.03.2014, 20:20
oh what a night...
Geoff Berner + Corb Lund (CAN)
These two unrepenting rebels are calling their 2014 tear through Europe «2 Heretics European Tour 2014: Geoff Berner vs. Corb Lund». Yep, it's gonna be like lucifer teaming up with beelzebub. 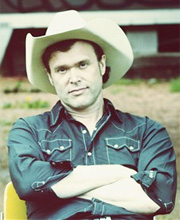 Geoff Berner's a jewish Canuck from Vancouver, he's a singer/songwriter, plays the accordion and is also known as «Whisky Rabbi», the title of one of his albums. Corb Lund hails from just a few cattle's pastures away, from greenhilly Alberta, and is strong on vocals and guitar and at times, he's the undisputed leader of the soulful country music band Hurtin' Albertans.

Their collaborative music comes across as traditional and melodious and even sweet but deceptively so, because it's their hurtin' words, those goddamn words, that suckerpunch'ya. Lacking any kind of respect for taste and decency as stipulated by Tipper Gore (whatever happened to that girl?), they'll hurl songs at you like «Lucky Goddamn Jew», «Mein Deutsches Motorrad», «That's What Keeps the Rent Down, Baby», «Rabbi Berner Finally Reveals His True Religious Agenda» and «When DD Gets Her Donkey (Everything Will Be Allright)». Corb's current studio album is «Cabin Fever» - and you might have guessed it - it's about busting out, taking off.

You should be proud you're gonna be where they're gonna be for the night for «The kind of dirty, organic sound you hardly ever hear in the genre these days.» A wholehearted cheers to that, folks. Goddamnit.