﻿Food+DrinksConcertsFootballContactAbout us
live Lokal...
news...
ON THE MENU
Lunch served from December 14th to December 18th
R.E.S.P.E.C.T.
Our own house publication, providing an interesting look into what's what on our island and beyond...
Lokal LOV.
A special column giving a high-five to worthwhile articles and opinions all through the year...
Sihl water level
Living legends.

marlowebillings.com
facebook
Tuesday, 03.06.2014, 20:20
oh what a night...
Dan Stuart
+ Chris Cacavas (USA)
It’s a doubleheader tonight on the island and a double whammy at that: We’re talking about two living legends in frontman Daniel «Dan» Stuart and keysman Chris Cacavas, both from the legendary group Green on Red, both on our stage together. 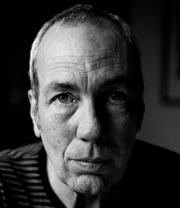 Actually, Dan was the founder and leader/singer/songwriter of that post-punk, alt-country rock band. Other members were, you know it, Chris Cacavas, our old friend Chuck Prophet and Jack Watterson. Dan, who lives in Oxaca de Juarez, Mexico, is rumoured to be the re-incarnation of Marlowe Billings, that literary character living in the South of that mystical country, created by cult author B. Traven. Super-naturally, «The Deliverance of Marlowe Billings» is his perennial solo debut, recorded with the help of our holy friends, Sacri Cuori. Elevating Dan into a mystical musical figure in his own right.

Chris Cacavas’s been living near Karlsruhe for the last 10 years and he’ll be joining his friend’s bandwagon, coming into our town from there. Aside from publishing his autobiography this April, he and his great band have been profiling themselves with «Love’s Been Discontinued» (2009) and «Love’s Been Re-Discontinued» (2012).

To continue, tonight’s program should be about the great music by these two greats. With songs centering around Green on Red favourites and also focusing on their individual solo works. All in fine form we pray, the deliverance a little off and somewhat unsettling and hopefully, even a little disturbing. But all of it on the double.
Back to Hall of Fame