﻿Food+DrinksConcertsFootballContactAbout us
live Lokal...
news...
ON THE MENU
Lunch served from December 14th to December 18th
R.E.S.P.E.C.T.
Our own house publication, providing an interesting look into what's what on our island and beyond...
Lokal LOV.
A special column giving a high-five to worthwhile articles and opinions all through the year...
Sihl water level
Tarantula in the tent

macuso.ch
Monday, 10.12.2012, 20:20
oh what a night...
Macuso Vikovsky Trio (CH)
It's just a short hop from the highbrow book store and art space Corner College on the Langstrasse to our somewhat less civilized but more bareknuckle environment and its vibrations. (Clearly, the kids from the Macuso Vikovsky Trio are moving up in the world...).
Friend Hanspeter «Duesi» Kuenzler opinionated the following about MVT and their newest album, «Visite Ma Tente» (VMT): «No, they're not an Eastern European import and their album, which a Lucerner pointed out to me, is palatably sung post-rock performed with ukulele, mandolin and other curious instruments and it all reminds one a tad of Will Oldham and Pascal Comelade.»
Inside their sonic tent you'll find Macuso Vikovsky - voice, ukulele, clarinet, guitar, balalaika; Nicola Romano - cello and Stefan Haas on voice, guitar, and banjo.
And since we already gave voice to friend «Duesi», here's more from that corner like his observations when penning a column during which he also listened to MVT: «It's no secret that live music has once again become very popular - on the one hand perhaps due to a legacy from the time of shuffle bands like the Libertines and on the other, it's a symptom that clubs with their DJ's, loud pounding music and blinding lights lost drastically in their appeal. Especially up-start bands recognize that the loss of income due to the shrinking sales for CD's and downloads can be compensated — with live gigs, for instance.»
Like MVT does, and very live at that when they'll be living it up and putting their musical tent inside ours on the larger-than-life Sihl. 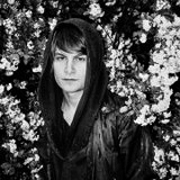 facebook
The Tarantula Waltz (SWE)
You probably never connect the land of Sweden much to any kind of contradiction or even controversy; you know about their great crime writers and their great film director (true), cheap furniture and very fine vodka (we like both), beautiful blondes (yes, most of us accept), green powerplants (hooray) but then curiously, there's the Nobel prize established by the guy who invented dy-na-mite, no less. And it was  awarded somewhat preemptively to quite controversial recipient, actually much to his own surprise.
Curiously also the music of The Tarantula Waltz; it's not Swedish (listen and you'll agree), it's Swedish Americana. Protagonists of that burgeoning style you might heard about are Christian Kjellvander, Tallest Man On Earth, I'm Kingfisher and Kristoffer Astrom. But our latest visitor from that extremely fertile Swedish music scene carries a sting all of his own (you'll feel it) and the name is Markus Smockan Svensson.
He dances in a variety of styles, he's a devout improviser, sometimes shows up with band, sometimes without. His sophomore album, which he may or may not introduce to you is cryptically titled «Did Not Leave To Find But To Forget, To Leave Behind» (2010). It was produced by Roger Olson and was mixed by Stuart Sikes (White Stripes, Cat Power, Modest Mouse). He's a storyteller and his tales are scripted by life, deceptively simple, like all things Swedish.
And in Swedish also, Anders Dahlbom of Expressen och Sonic: «Vet att han inte gillar termen, men nu raknar vi  Svensson's Tarantula Waltz som ett av landets stora singer/songwriter aemnen. This in fact could sound all foreign to you but if you happen to waltz over to us for this nordic new music night, ask a surely present Swedish guy or girl to explain it to you. You'll see — Swedes are pure dy-na-mite.
Back to Hall of Fame